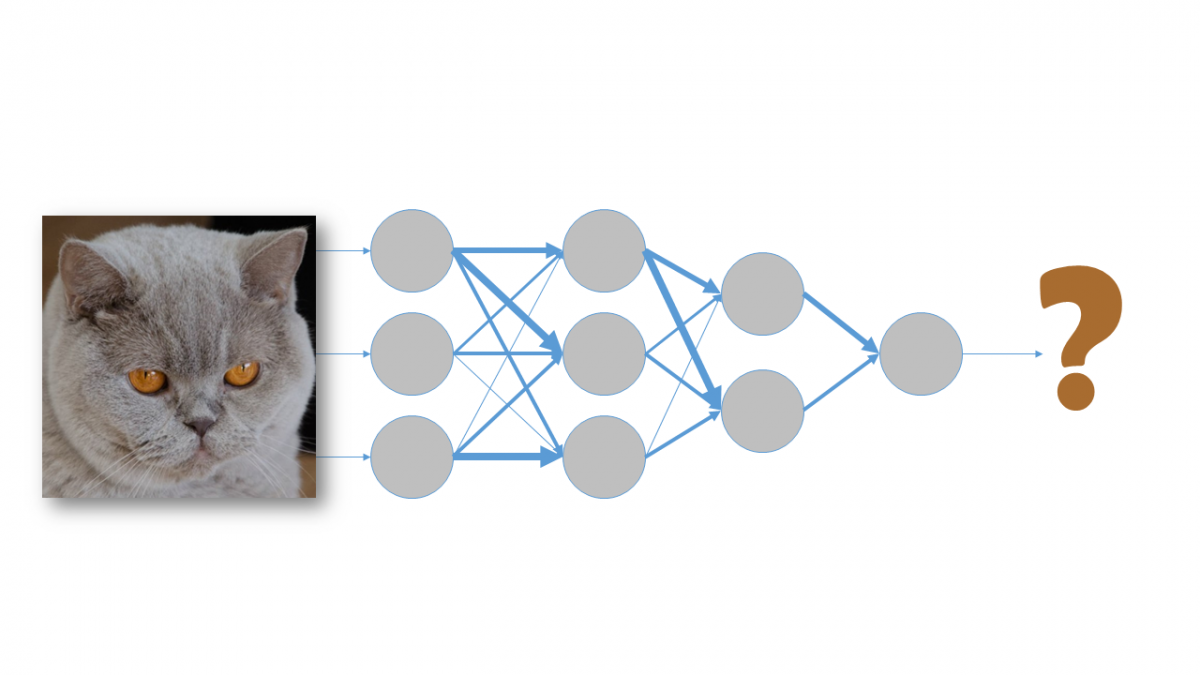 In our earlier blog post about Machine Learning, we touched upon neural networks. In this post, we will explain what a neural network is and how it works.

Artificial neural networks are based on how networks of biological neurons work. The neurons that we all have in our brains are made up of dendrites, the soma and the axon. The job of the dendrites is to capture the nerve impulses emitted by other neurons. These impulses are processed in the soma and transmitted through the axon, which emits a nerve impulse to the adjacent neurons. 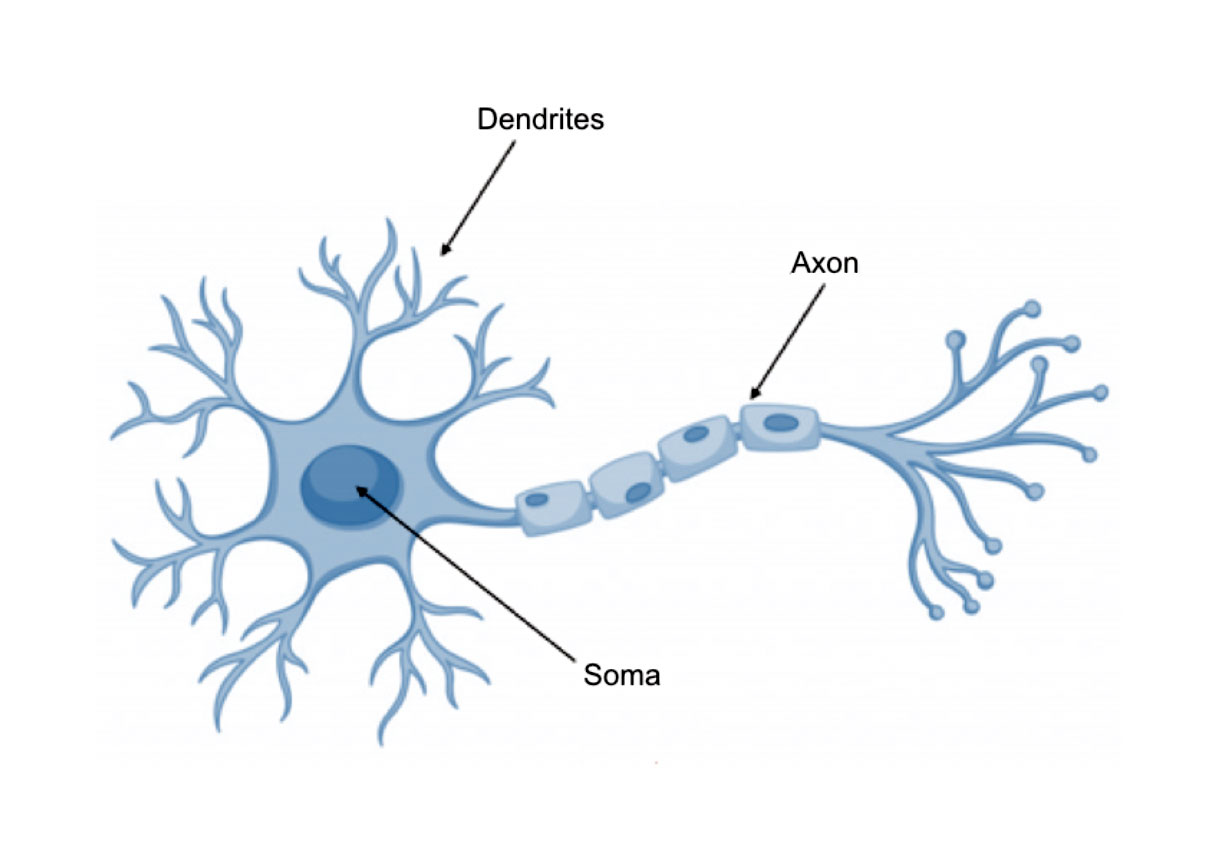 What is a neural network in Artificial Intelligence? 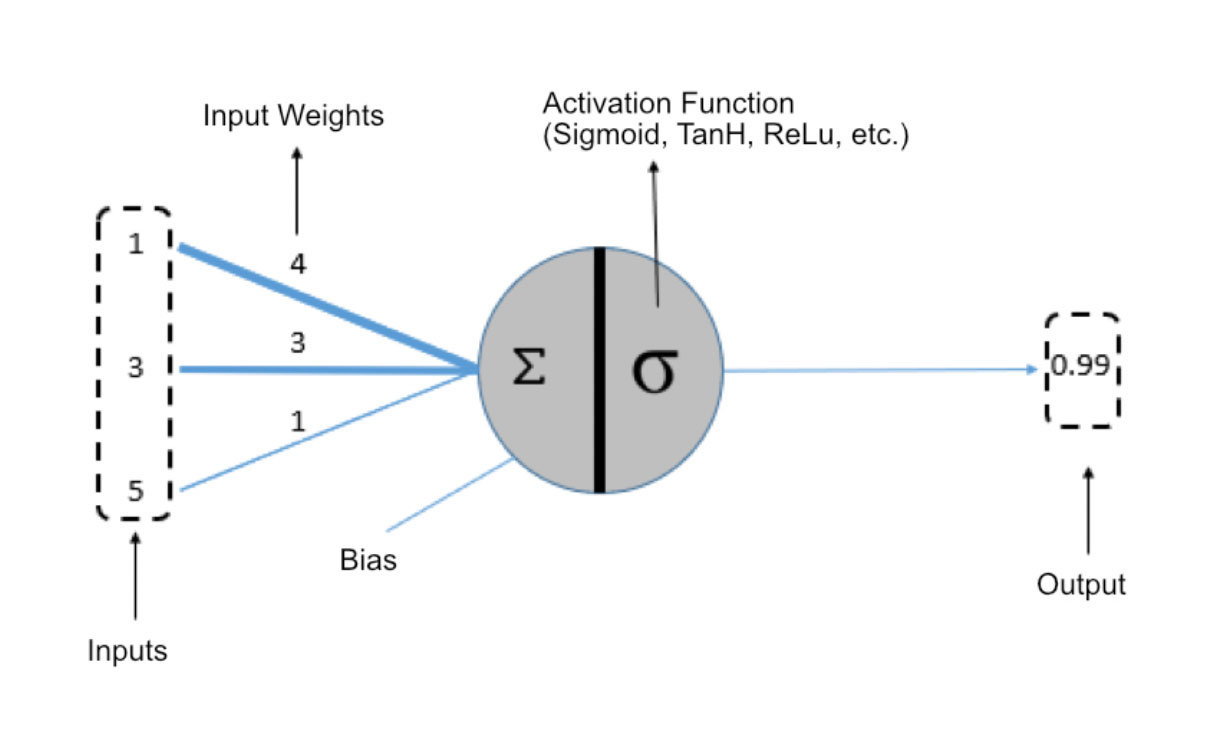 In the case of artificial neurons, the sum of the inputs multiplied by their associated weights determines the “nerve impulse” that the neuron receives. This value is processed inside the cell by means of an activation function that returns a value that is sent as an output from the neuron.

" A layer is a set of neurons whose inputs come from an earlier layer (or input data in the case of the first layer) and whose outputs are the inputs for a later layer."

The following diagram shows a network with four layers:

How do you train a neural network?

Training a neural network consists of adjusting each of the input weights of all the neurons that are part of the neural network, so that the responses of the output layer match as closely as possible the data we know.

If we want the neural network to be able to generalise and identify cats in any image, it is important to use a large number of images during training – both images that are cats (labelled as 1) and images that are not cats (labelled as 0) – and to include as much variability as possible. In this way, the neural network will be able to adjust its parameters to correctly process as many images as possible, and it will therefore be able to extract accurately the characteristics that identify the presence of a cat in an image.

Now that we know what a neural network is and how they work, in our next blog post we’ll talk about the reasons why their use has become so widespread in recent years. Subscribe now and stay up to date with our latest posts on Artificial Intelligence. 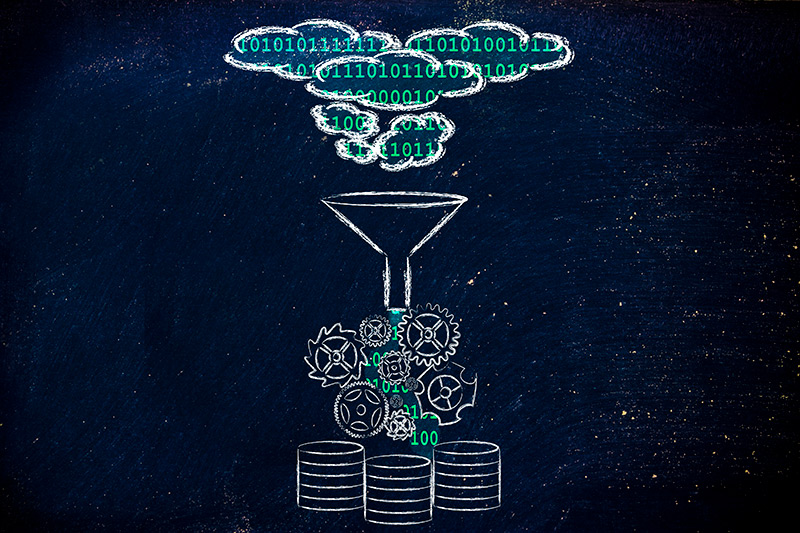 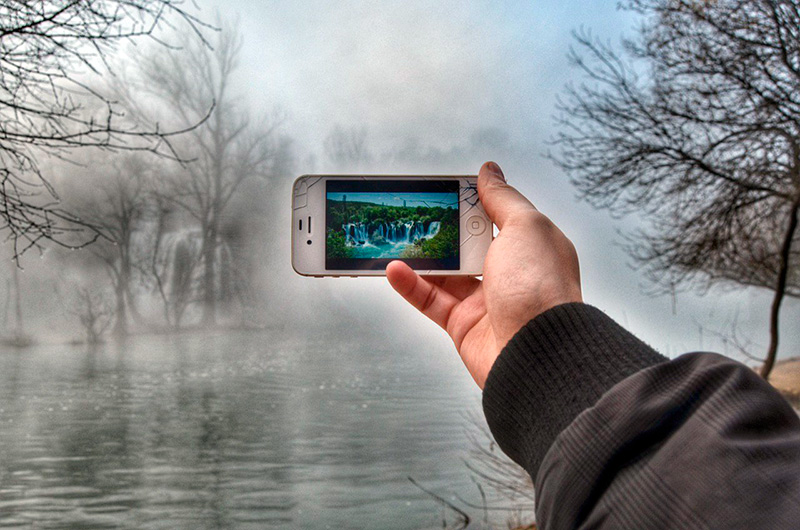 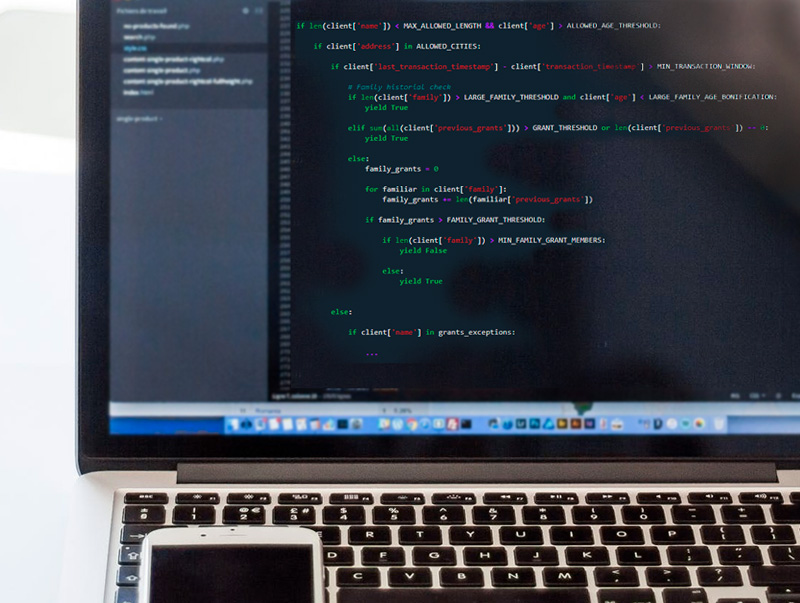